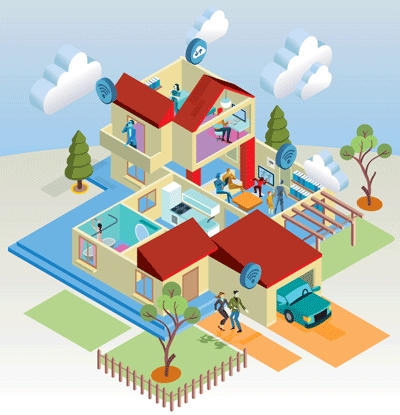 It finally happened. My 5 year old wireless router took its last breath and died. All of a sudden, my internet connectivity was GONE.

Trust me when I say this – you never fully realize how much you depend on something until it’s GONE. My 6 year old daughter was immediately bored out of her mind because Netflix didn’t work and her tablet was now as useless as a bag of hammers. Even my 2 year old started complaining (like only two-year olds can do) when “Word World” on Amazon Video stopped streaming. My house was in disarray; Alexa couldn’t answer my questions or play music and my smart-home was now “dumb”.

The pressure was on: I knew I HAD to fix the wireless internet or I was going to face some serious consequences. Being the sharper-than-a-bowling-ball fella that I am, I dug out another old router I had laying around. Nothing too fancy – just a simple $50 router from days past. I plugged in that older router and WHALLA — my wireless internet started working again. Problem solved, right? Wrong.

Soon I began to notice that some of my household’s wireless devices, like the IP camera I have watching the driveway, kept losing connection to the internet. I decided to Sherlock Holmes the issue, and walked around my house with a laptop – testing my internet strength and speed. I noticed that the signal in the far corners of my house was weak. Plus, the signal from the patio and front porch had completely disappeared.

I immediately set out to rectify the problem – I jumped on Amazon.com and bought a new fancy router. Not another $50 router – a $120 router that promised better range and faster throughput. Was it worth it? You decide. The chart below shows the before and after speeds from 4 different locations in my home:

Why is my new router so much better?

At the end of the day, I’m glad my old router died, I had no idea what I was missing! My new router can handle all my devices, has a better range, and is TWICE as fast – making my kids as happy as a dog with two tails. Trust me, sometimes you just don’t know what you’re missing. How old is your router? Is it time for an upgrade?