Can you imagine a life without DISH or DIRECTV?

For most TV junkies, this would have been an absurd thought ten years ago. However, with satellite prices continuing to climb, many viewers have found ways to watch their favorite shows without having to fork over hundreds of dollars to their satellite provider.

This phenomenon is called cord-cutting. 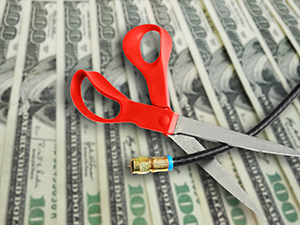 Cutting the cord refers to cutting off contract requirements, rooftop satellites, intricate receiver boxes, and importantly, trimming down your TV bill. There are dozens of non-satellite TV options on the market –  whether it’s as simple as a Netflix account or more extreme like utilizing a Roku TV or Amazon Fire Stick, Gone are the days of complaining about having hundreds of channels on your TV with nothing of value to really watch.  Now viewers can choose the content they want via the internet, and can get it faster and easier than ever before.

Are you ready to cut the cord, or should you stay connected to satellite? What service is right for you and what’s the best hardware? How do the newest streaming services, Disney Plus and Apple TV Plus even work? Here’s a quick guide about the basics of cord-cutting and how to do it.

How do I cut the cord?

Cord-cutting means your TV content will be delivered over the internet.  This type of TV service is often referred to as “streaming TV”. To get started, you’ll need to ensure your internet package and wireless router are up to the challenge.  Most streaming providers require a minimum 5 Mbps speed to watch content on just ONE device. But if you want to fully enjoy the video quality on your new flat screen TV, plan on having at least 10 Mbps for that TV.  In fact, Netflix’s 4K video content requires 25 Mbps speeds. As confusing as this may sound, here are the nuts and bolts of it: If you don’t have AT LEAST 20 Mbps internet speed, you’ll probably suffer from “buffering” or video stalling at some point. Not sure what internet speed you currently have? Click here to learn about speed testing.

Next, you’ll need to ensure your wireless router is capable of connecting and delivering content to all your streaming devices throughout your home. If your router is more than five years old, it’s time to upgrade. Check out our new VIP Wifi service. It’s designed for streaming TV and is an excellent solution to get your household ready for cord cutting.

Lastly, you need to ensure your TV is a “smart TV” (which means it can connect to the internet).  If your TV doesn’t have an “App Store” (or common streaming apps like Netflix built in) you’ll need to purchase a streaming player (Amazon Fire Stick, Chromecast, or Roku).  These items plug into your TV and essentially turn most “dumb TVs” into “smart TVs”.

Which streaming service is right for me?

After personally testing and utilizing nearly every streaming service on the market, we’ve concluded that Hulu is the best overall streaming service available today. When comparing Hulu’s price, available content, and ease-of-use to other streaming providers, Hulu edges out the competition.  Similar to its more popular streaming cousin Netflix (but with a greater focus on TV shows instead of just movies) Hulu’s basic service starts at $5.99 per month (down from $7.99), and live TV (including local channels) is $54.99.  While its original content is not as prolific as Netflix, “The Handmaid’s Tale” is one of the most critically acclaimed shows on any network. Throw in a simple 7-day free trial, and Hulu’s strong streaming game is fast becoming the crowd favorite.

If you’re a movie buff, don’t forget about Netflix. Netflix is one of the original streaming services and is still running strong. With a video library of more than 5,500 titles deep, you’re bound to find something you haven’t watched yet. Plans start at $8.99 for just one SD video stream, with the most popular plan coming in at $12.99 for HD content and two available streams.

Disney joined the streaming scene  last month. As the new kid on the block, Disney went large with showcasing the entire Disney Vault library, along with Pixar, Marvel, Star Wars and National Geographic all under one roof.  It costs $6.99 a month, or $69.99 for the year before tax. There’s a bundle available with Disney+, Hulu and ESPN+ for $12.99, the same price as a standard Netflix subscription. 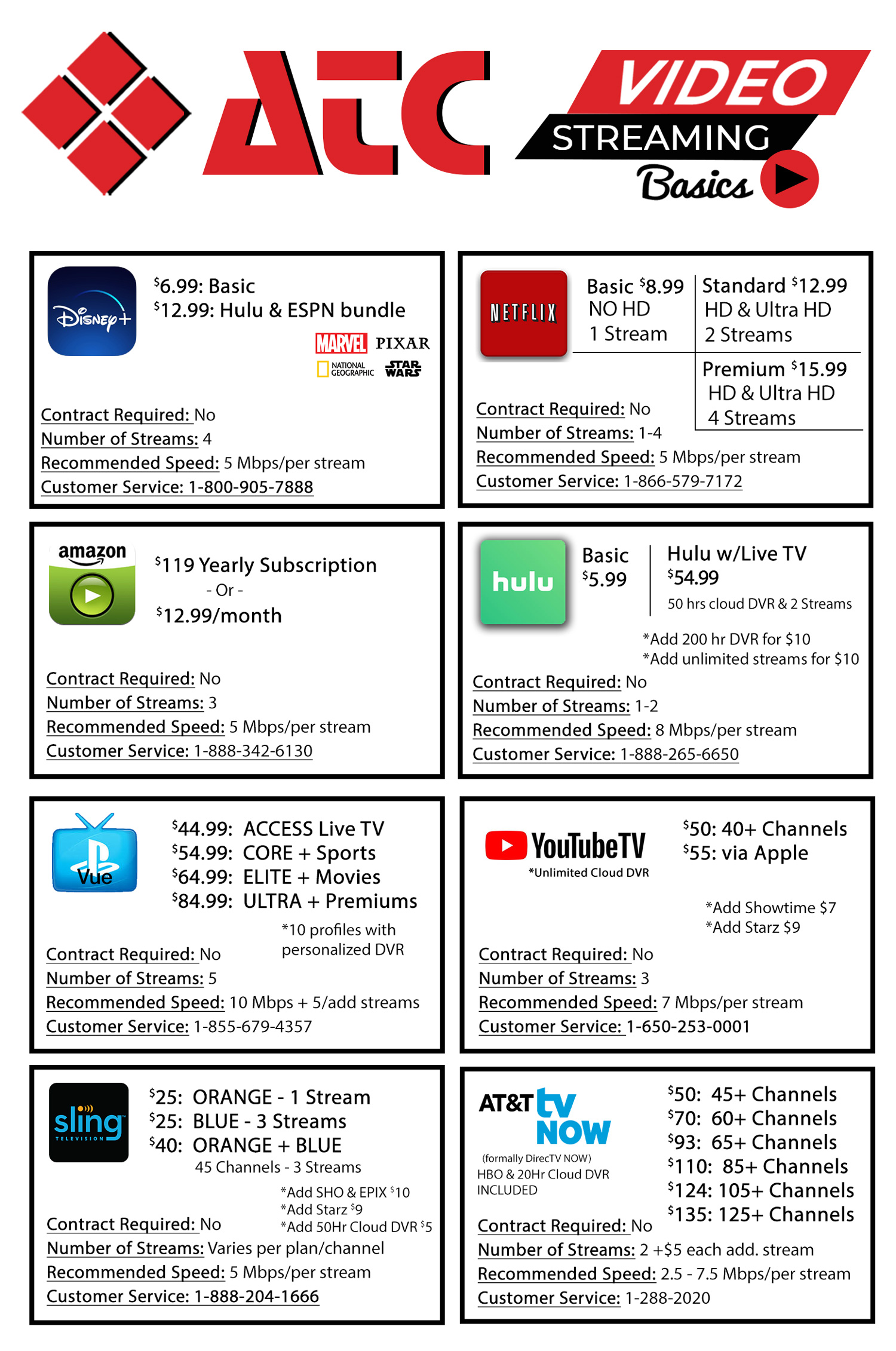 Streaming TV is the future.  If you haven’t joined the cord-cutting club yet, chances are that you will sometime soon. Streaming providers are continually adding new content and building bigger online libraries while the only thing increasing with satellite TV is the price. If you’re ready to make the switch, contact us and our knowledgeable Sales Reps will help you review options and determine which solution is best for you.