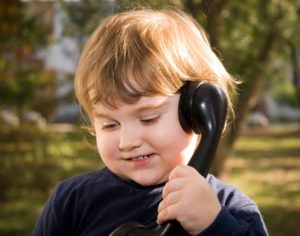 Naturally, after getting that shiny new cell phone (and of course that LOVELY first cell phone bill), you find yourself wondering whether or not you should keep that old fashioned landline phone.  Seriously – Do you really NEED two phones? Hmmm… That’s a good question.

Let’s take a closer look at that cell phone.  Holy Cow! There are sooo many features to entertain us with!  Talking, texting, picture messaging, surfing the web, Email, Apps, and much, much more.  Can your traditional land line even compare? Well, here are few things you might be surprised to know:

ATC Landline phones have built in 911 Location Services.  This means if you call 911 from your home phone, emergency services automatically know your physical location – even if you can’t (or are unable to remember) your address.  Imagine your young child, your elderly grandmother, or even yourself trying to remember your address during a traumatic event. Not a pretty picture. But that is exactly what would happen if you had to make that emergency call from your cell phone instead.
Landline phones are more reliable. During times of heavy use, cell phone towers can shut down when they reach call capacity. Ever heard that automated “All circuits are busy” recording? After the terrorist attacks on September 11, 2001, landline phones were the only way to communicate when cell phone circuits were jammed with more calls than they could process.  I can’t think of anything worse than the only phone you have not working during the time of a real emergency.

Bottom line – In times of emergency, isn’t it imperative that you stay connected with the ones you love? Isn’t that why you got a phone in the first place? It’s almost ironic: Cell phones have more bells and whistles than a clown college. Yet, during an emergency – they just can’t get the job done.  And during tough economic times, it’s natural to want to cut back on the things we don’t use as often anymore. But at the end of the day, it boils down to one question:  Should I keep my landline phone – or just go with a cell phone?  Is it really worth the risk? Hmmm… that really IS a good question.