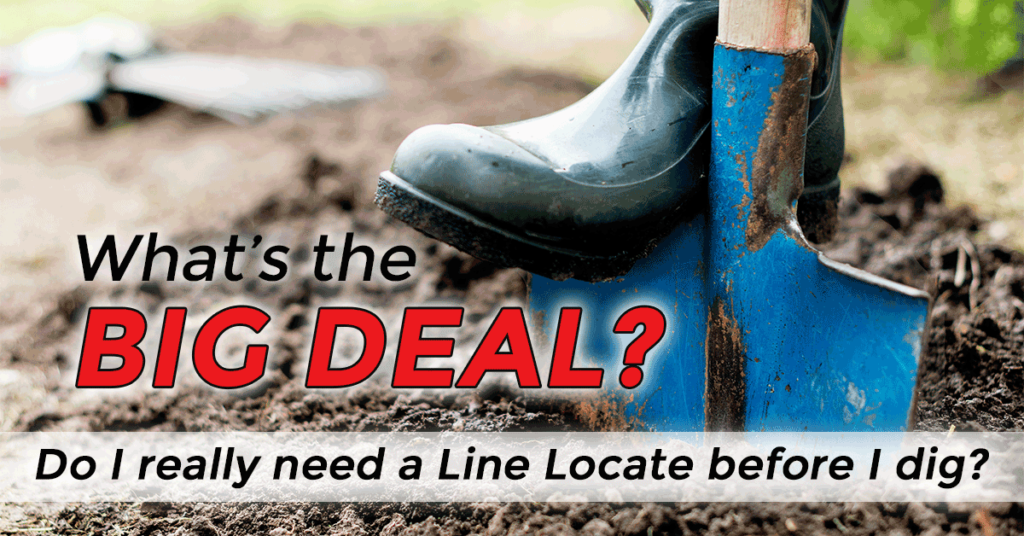 What’s the big deal about getting underground communications cable located before I dig? It’s not like anyone can get hurt if I accidentally cut the cable.

As an internet service provider technician, I often witness folks dragging their feet and expressing hesitancy when it comes to getting underground communications cables located before they begin digging or excavation.  For many it seems that a potential cut in communications cable is a minor event – when compared to a cut involving other utilities such as gas or power.  The fact that imminent personnel safety is not at direct risk, leads folks to believe that locating communications cable ahead of time is an unnecessary precaution.  However my twenty years of technician experience has taught me that nothing could be further from the truth.

Last spring I was driving down a rural highway in my ATC service truck. In true Monday fashion, my day was scheduled to the max with appointments spread from one end of the valley to the other.  The winter snow had melted into runoff, and farmers everywhere were outside preparing their land for the growing season ahead.  As I buzzed down the highway in route to my first destination, I noticed one farmer working his backhoe to install a new fence near the edge of his property.  As the scoop of the backhoe dipped into the fresh muddy soil, I hit my brakes and pulled to the shoulder of the road.

Unbeknownst to the farmer, only a few short feet away from his bucket, lay buried fiber optic cable supplying phone and internet service to hundreds of homes across the valley. Additionally, this cable also serviced critical 911 communications circuits and connectivity to multiple cellular towers. In fact, any damage to the fiber cable could have impaired the statewide fiber network, potentially affecting thousands of vital services across the state!

As I approached the unknowing farmer, and proceeded to explain the situation he was in, I remember the initial “no big deal” look on his face. However as the conversation grew, it became apparent that the farmer had no idea of the impending community disaster which loomed just two feet to his left.

As the farmer ceased his well-intended operations, he asked the obvious question of repair costs should he have damaged the fiber cable.  In my response, I suggested that he could just leave his entire rig right where it was, as down payment for the bill.  Although that was a bit of an exaggeration, it did capture his attention and had the intended effect of reinforcing how critical line locates can be.

According to Idaho law, any damages to ATC’s equipment due to excavation are billable to the equipment operator (Idaho Code section 55-2201 – 55-2212, Chapter 22).  Fiber restoration costs can vary greatly depending upon location conditions and fiber size.  Essentially, anywhere from a few hundred dollars upwards of $15,000 for emergency restoration costs driven by complex fiber splicing.  And that’s not all.  Imagine the burden of being the one responsible for disrupting vital internet related services to your community. Commerce halts at local stores when something as simple as purchasing gas at the pump becomes a hassle.  ATM machines may not function, cell phone towers are rendered useless, and even the backbone of vital emergency response systems could be at risk.

At this point of realization, I’m certain the small town farmer, who was only trying to build a fence in his own backyard, now understood the potential ramifications of digging without a line locate. When you consider that it takes less than five minutes to make the call, and the line locate service is FREE, you’ve got to ask yourself “Why risk it?”  It’s true that line locates are merely orange marking paint across the ground, but they also serve as a vital reminder of what we stand to lose if that communications cable is cut.  And that, my friends, is what the big deal is really all about.