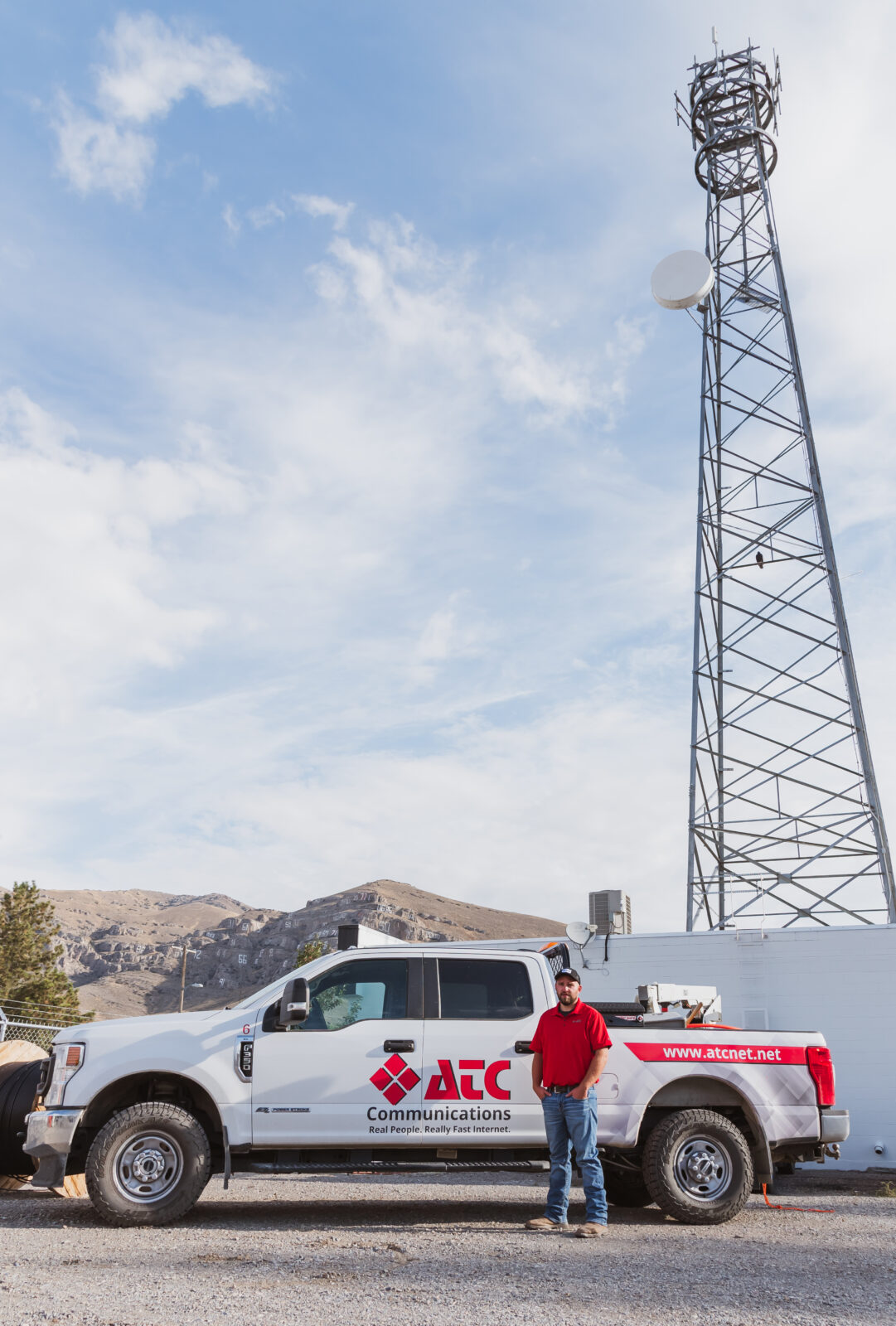 Kaydon Beard explains how he went from being a seasonal hire to becoming the youngest Telecom Network Supervisor in company history.

After spending one year as a seasonal hire and three years as a Telecom Network Technician, Kaydon Beard climbed the ranks to Telecom Network Supervisor in Arco at the young age of 23 - making him the youngest to ever hold that position in company history. When asked how he got to where he is today, Beard responded by saying, “I credit my accomplishments to my Dad and Grandpa Cummins who have shown and taught me that through hard work, dedication, and perseverance anything is possible.”

Born and raised in the Lost River Valley and being the youngest of six children, Kaydon’s childhood was eventful, to say the least. From endless adventures camping and boating to snowmobiling through some of the most beautiful terrain, Beard’s childhood was one to be envied. Although being the younger brother to two older brothers did present its challenges. “When I was about three years old, my bedroom door didn’t have a lock on it making it easy for my brothers to come in and pick on me,” Kaydon said. “So, I figured out how to switch my door handle with one of their door handles with a lock on it. I learned how to be innovative.” A skill that he learned from his Dad, Brett Beard, who has renovated every home his family has lived in, all while maintaining a full-time management position.

In high school, Kaydon did well academically, but he was more interested in extracurricular activities such as throwing shot put, discus, and football. After school and practice, Beard worked several nights a week for his Grandpa Cummins at the A&A Market. His responsibilities included bagging groceries, retrieving abandoned carts in the parking lot, cutting meat, and stocking shelves. “My grandpa has taught me a lot, but a few lessons that I’ve carried with me in my current job are; if you’re five minutes early-you’re late, stay organized by making lists, and every problem has a solution.”

After graduating from Butte County High School in 2015, Kaydon worked as a welder and a truck driver. In 2016 his uncle Blaine Cummins, who was the Telcom Network Supervisor in Arco at the time, asked him to consider applying for the seasonal Telecom Network Tech position at ATC. With Blaine’s and his Grandpa Cummin’s encouragement, Kaydon applied.

Fast forward to October 2022 and Kaydon is in his second year as the supervisor in Arco. “It’s been a journey getting to where I am today. In the early years troubleshooting copper was challenging because there are so many variabilities that can create problems and then of course there are tight crawl spaces with spiders. I still don’t like that part of the job,” he said.

Minus the spiders, the most rewarding part of Kaydon’s job is fiber construction. "Being involved in the construction process; running equipment, splicing fiber, and then seeing the look on customers' faces when we finally install the best internet technology in their home. It’s priceless,” Kaydon said.

Although he carries the title of supervisor Kaydon admits that there is still a lot to be learned. “I’m young and still have a lot to learn about my position and the industry. Thankfully I have a great support system.”

Kaydon Beard received this recognition because he was voted for being a standout employee by his coworkers. Here are a few things they had to say about him:

“Kaydon is always in a happy mood even when things are going wrong, that isn't very common and makes a great workplace environment. He is willing to come in late at night and learn how things work even when it isn't required of him.”

“The most selfless, kind, hard working person around. He goes the extra mile to make sure things are done and he is a joy to work with. Our customers adore him too!”

Posted in ATC Communications Blog
← “The Central Newsletter”?Don’t Get Reeled-In by a Phishing Attack →