WiFi routers are faster and more versatile than ever, offering many powerful new features. One important feature is sending data over two different radio frequencies or “bands”: the 2.4 GHz band and the 5 GHz band. Routers that use both bands are called “dual-band” routers.

To get the most out of your dual-band router, it helps to understand the differences between these two frequencies and how the router uses them both to give you the best possible home WiFi experience.

How do dual-band routers work?

Imagine a single lane highway that carries all the traffic both in and out of town. If it’s a fair-sized town, that road could get pretty congested at times, and vehicles traveling on it can interfere with each other. Now imagine if that same road was widened into two lanes. Congestion would be halved, and it would be able to carry twice as much traffic.

In the beginning, there was only one WiFi frequency: 2.4 GHz—a single road. As WiFi became more popular, the 5 GHz band was introduced, doubling the amount of traffic a WiFi network can handle.

Some modern routers don’t leave the choice up to your devices. They monitor how much traffic there is on the 2.4 GHz band and, if it’s too congested, will steer your devices to the less traveled 5 GHz band. Of course, if you still have old devices that can only connect on 2.4 GHz, these routers will leave them where they are.

One of the advantages of the 2.4 GHz frequency is that it can transmit a strong signal over a fairly large area in your home. It is also good at penetrating solid objects in your home, like walls and floors. Overall, this allows you to maintain a strong Wi-Fi connection as you move further away from your router. One downside of the 2.4 GHz frequency is that it has become more and more crowded. This is partly because it provides fewer channels than the 5 GHz band. As a result, in addition to interference from other WiFi routers located nearby, your 2.4 GHz Wi-Fi network can experience interference from many common household devices. These include microwave ovens, cordless phones, wireless speakers, Bluetooth devices and baby monitors. And when your network is experiencing interference from these nearby devices, your speed and overall performance suffer. Another downside is that the maximum speeds offered by 2.4 GHz networks are typically less than 100 Mbps. If there are multiple users trying to perform certain high-bandwidth activities at the same time—streaming HD video for example—then the 2.4 GHz band will likely not be fast enough.

If you’re not getting the WiFi performance that you expect in your home network, you may have an older router that does not support both the 2.4 GHz and 5 GHz bands. Contact us today so we can make sure you are having the best possible home WiFi experience. 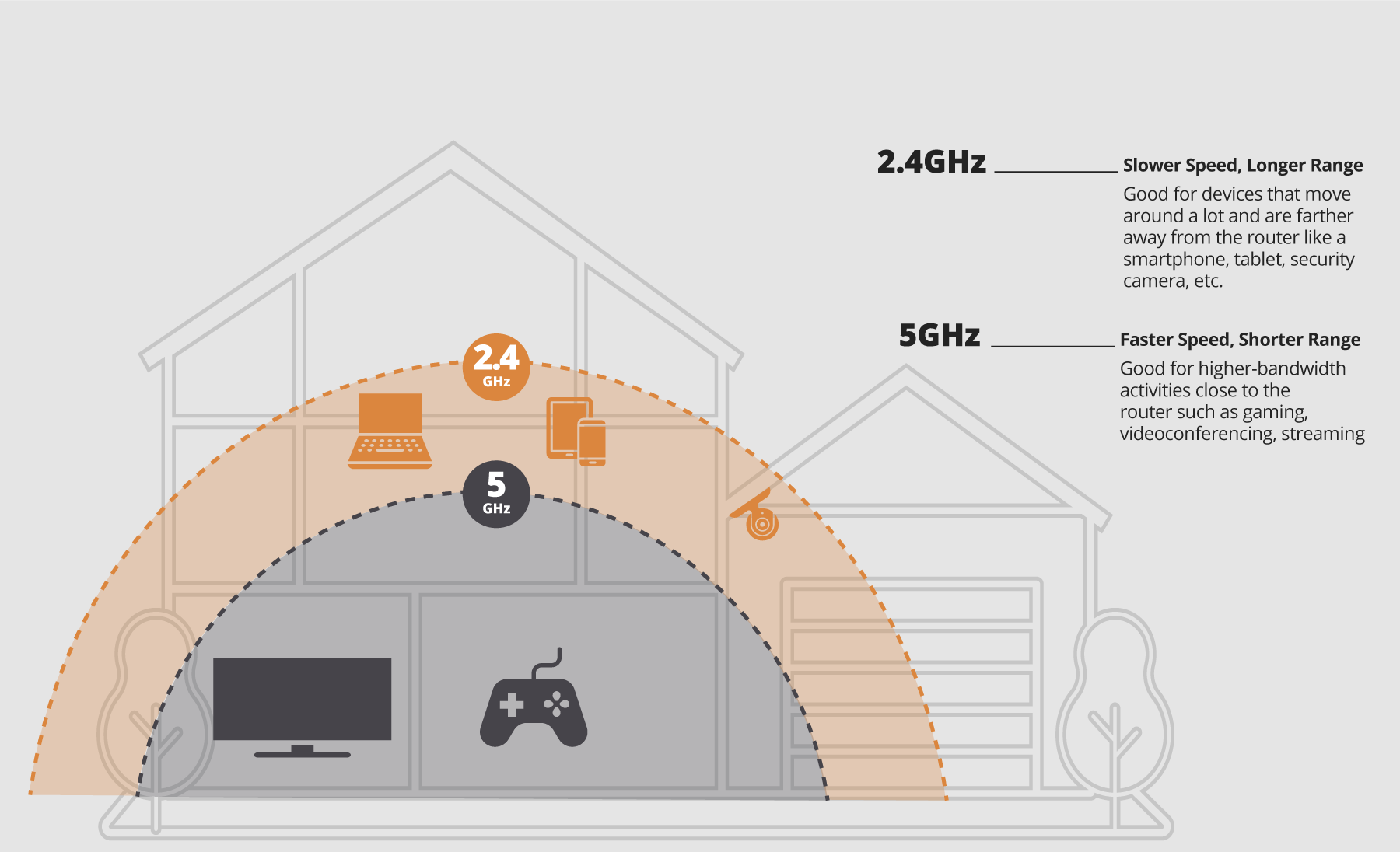